Next stop Českomoravská! UNIF Futnet World Championship is heading for the first time to Prague

24. 10. 2019 | Jiří Čmucha
Futnet fans watch out! The biggest stars of the futnet world will meet next year in Czech Republic to measure the strength of the world championships. UNIF Futnet World Championship will be held in the brand new multifunctional cultural and congress center O2 universum in November 2020. On Thursday morning, 399 days before the start of the championship, this was announced at a press conference in Prague by President of the Czech Futnet Association and Union Internationale de Futnet Kamil Kleník together with a member of the Czech national team and multiple world champion Ondřej Vít.
Tweet 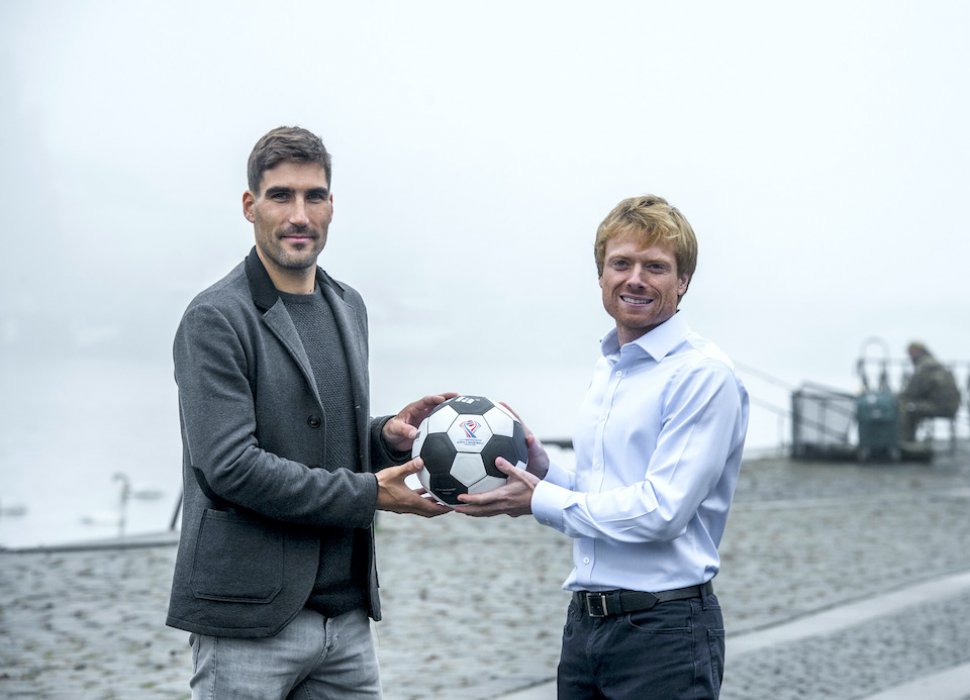 “Futnet is the pride of our country, played both by professionals and amateurs. Moreover, it is very attractive for the audience to watch it live. We know that there are the most fans of futnet in the Czech Republic, so we are very pleased to have found the ideal place in Prague to orginize the ultimate futnet experience. The awareness and popularity of futnet will thus move up a step again,” says Kamil Kleník.

The last Czech championship, which took place three years ago in the Moravian capital Brno, was visited by more than six thousand spectators during the three-day tournament. It thus became the largest and most successful event in the history of this traditional Czech sport.

Ondřej Vít also confirmed the unforgettable atmosphere of the Brno Championship: “Brno has been my greatest career experience so far. There was no word to hear, and the rambling that the fans were showing was charging me incredibly.”

More than 250 players from more than twenty countries and a total of 4 continents will take part in the world tournament in singles, pairs and triples from 27 to 29 November 2020.

“We expect a bif interest about futnet in Prague. There has never been a futnet event of this size. Usually the Futnet World Championship takes place about 20 countries, I believe that we will be able to reach up to twenty-four in Prague,” predicts Kleník.

Multiple World Champion Ondřej Vít adds: “It is only good for futnet. It will be an enormous move both in the attendance and aldo due to the attractivity of the locality. Prague offers as one of the big European cities many other cultural activities. It is awesome that the championship finally came here.”

Czech players have a clear goal. As the reigning World Champions, he will try to defend all three gold medals in all categories from the last championship in Cluj, Romania in 2018. However, it will be difficult to follow up on the highly successful championship. It also confirms the most successful player of the championship Ondřej Vít. “It is always a little more difficult to defend the title of the world champions several times. But, whoever from our team, I know the guys are looking forward to it.”

The Olympic champions in modern pentathlon from London 2012 David Svoboda and an actor and moderator Ondřej Sokol became the official ambassadors of the UNIF Futnet World Championship in Prague.

“It is always an honor for me to be the ambassador of a sports event. I always like to support an event that I know that makes sense to me,” explains David Svoboda, the Olympic champion in modern pentathlon his cooperation and adding: “Futnet is one of my favorite sports. It reminds me a summer vacation at a cottage in my family circle, when we often played it with my brothers and dad. I am looking forward to the championship and I am happy to come to support our champions in the fight for medals.”

Czech players also could look forward to new special shoes for the championship. Official shoes have been supplied for the Czech Futnet Association by the Botas company for a long time. “We hope that the shoes will became successful among the players and the Czech players will again attack the highest places in them,” says Botas statutory director František Nestával.

First tickets for UNIF Futnet World Championship 2020 will be available soon. The first wave of ticket sales is scheduled for early February 2020. “There has always been a lot of interest in tickets, so we decided to start selling sooner. We believe that we will achieve a sell-out of the hall,” concludes Kleník.